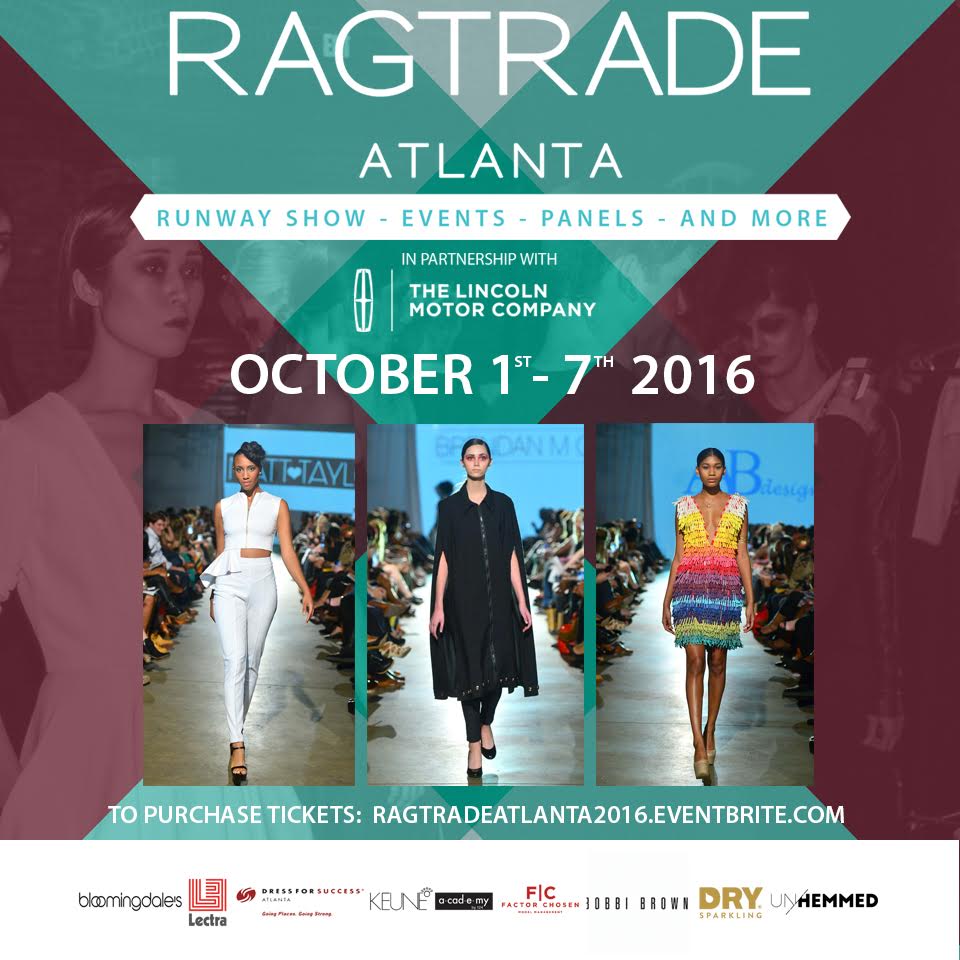 As New York Fashion Week comes to a close, we can expect to see other cities around the world prepare their runways for a week of chic, and Atlanta is not an exception! With the massive success in the technology, music, film, and TV industries, fashion is definitely following suit. No pun intended ha. RAGTRADE Atlanta is committed to the growth of the region’s fashion, design, and retail communities. Created by a group of industry leaders passionate about developing the style society with a goal to promote fresh, local talent to the world.
Atlanta is your one stop shop for fashion. Literally. With at least 4 fashion degree programs, AmericasMart, the largest wholesale marketplace in the southeast, and home to some of the best international manufacturing and textile facilities in the world, its no wonder Atlanta has become a globally recognized shopping destination. Alongside the city of Atlanta with collaborations of industry leaders and resources, RAGTRADE Atlanta provides a platform for emerging talent in fashion.
The 3rd annual runway event will take place on October 5, 2016 at the Georgia Freight Depot featuring the latest fall/winter 2016 collections on a COMPLETELY SHOPPABLE runway show from designers including:
RAGTRADE Atlanta’s week of fashion will begin on Monday, October 3, 2016 with a Blogger’s Night Out Brunch to kick-off the season in the city! It will be followed by the Opening Night Party on Tuesday, October 4, a full day of amazing runway shows by the designers listed above (with hair by yours truly), and we’ll close out the week with the UNHEMMEDx exhibition merging fashion and technology on Friday, October 7, 2016!
So, how do you get in on Atlanta’s most fashionable event of the season? You can purchase tickets to RAGTRADE Atlanta’s 3rd annual runway show here: ragtradeatlanta2016.eventbrite.com. Stay up to date with other RAGTRADE Atlanta events by visiting www.ragtradeatlanta.com.

Open
The CREATIVITY inside this school is ASTRONOMICAL!

Open
Today is a day of recognition, restoration, and ce

Today is a day of recognition, restoration, and celebration. Black history is American history. 🖤 ...

Students are back in class and our salon will tentatively open June 2nd. Schedule your appointment and learn how we're keeping our guests safe.

* These fields are required.